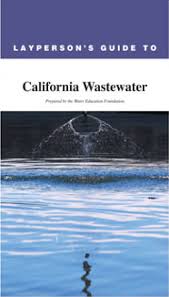 Arroyo Grande Oil Field has a holding pit. unlined. they are saying the clay is good enough to keep the crap from filtering down into the ground water. Bull shit. But that is nothing compared to the millions of gallons of toxic waste water per day, radioactive being one of many, they are injecting totally unsupervised, what they call self regulated, into the ground without permission. Truly the text book definition of Trespass. Criminal Trespass. Human Rights Trespass. The only State to allow this practice. Wow and we are billed as the environmentally friendly trailblazing state everyone looks up to. HA. Brown aided and abetted the oil industry from day one.

We do have rights. Section 242 of Title 18 makes it a crime for a person acting under color of any law to willfully deprive a person of a right or privilege protected by the Constitution or laws of the United States. We have a right to clean air, water, drinking water and to be free the fear of contaminated polluted water from illegal and unlawful dumping of toxic waste.

For the purpose of Section 242, acts under “color of law” include acts not only done by federal, state, or local officials within the their lawful authority, but also acts done beyond the bounds of that official’s lawful authority, if the acts are done while the official is purporting to or pretending to act in the performance of his/her official duties.

Tell me what the approval of a conditional use permit to dump millions of gallons of toxic biohazardous waste into our back yard by the lead agency which is the Board of Supervisors acting under the color of office is but a gross violation and felony criminal trespass on our right to be safe and secure in our environment?

Tell me what is that? Giving our rights away to an oil company that doesn’t even live here. Doesn’t vote. Doesn’t even have citizenship or residence status. Is a foreign entity. An alien in every sense of the word that is occupying our space for the sole intent and purpose of disposing of manufactured toxic waste that serves no beneficial or useful purpose to a single soul in this community. They are just using and abusing our space as a dumping grounds and our elected officials under the color of office said come on down and dump your little hearts out. I don’t think so. Enough is enough.

Brown is a waste of space. Becerra is a suck up and worthless at doing the right thing where oil is concerned. That just leaves us to fin for ourselves or forever hold our peace. Board of Supervisors is the cure and if we don’t get them to do their job no body else will. We got everything we need to set the record straight and take our community back and permanently dispose of the trespassers once and for all. The law is on our side.

ANGELS IN OUR MIDST THANK YOU!